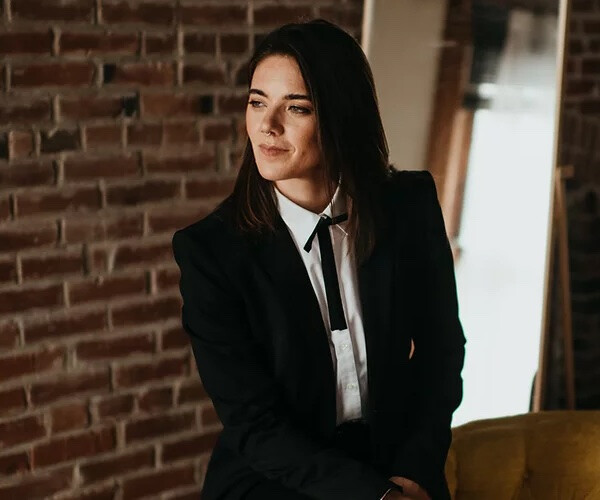 Former Principal Trumpet of the Saint Louis Symphony Orchestra, Karin “K” Bliznik (she/they) is a multi-Grammy Award-winning artist. In her recent New Year’s Celebration performance, reviewed by KDHX, she brought a “buoyant jazz age spirit” to “Rhapsody in Blue” and her “solid solo” made for an “elegant and romantic” rendition of “American in Paris.” Bliznik has held principal positions in the Atlanta, Charlotte, and Charleston Symphony Orchestras, as well as the Santa Fe Opera. She has appeared as Guest Principal and soloist with the New York Philharmonic and as Guest Principal with the Saint Paul Chamber Orchestra and the Milwaukee Symphony Orchestra. She has also performed with the London Philharmonic, the Los Angeles Philharmonic, and the Boston Pops.

Bliznik is interested in cross-genre collaboration and has performed with a wide range of artists, including Stevie Wonder, Kayne West, and The Temptations. She has participated in numerous music festivals—most recently, with Trumpet Mafia at the 2022 New Orleans Jazz and Heritage Festival.

Bliznik is also a singer/songwriter, guitarist, and lead singer of Queen Kiddo, a melodic-driven rock band started with her colleagues from the SLSO. In the past few years, she joined the board of the Recording Academy and started her own record label, Tower Grove Records, where she is the lead engineer and producer.

Bliznik served on faculty at the Boston University Tanglewood Institute this past summer and has held positions as a brass coach with the New World Symphony, National Youth Orchestra, Aspen Music Festival and School, and National Orchestra Institute. She has given masterclasses and clinics worldwide.